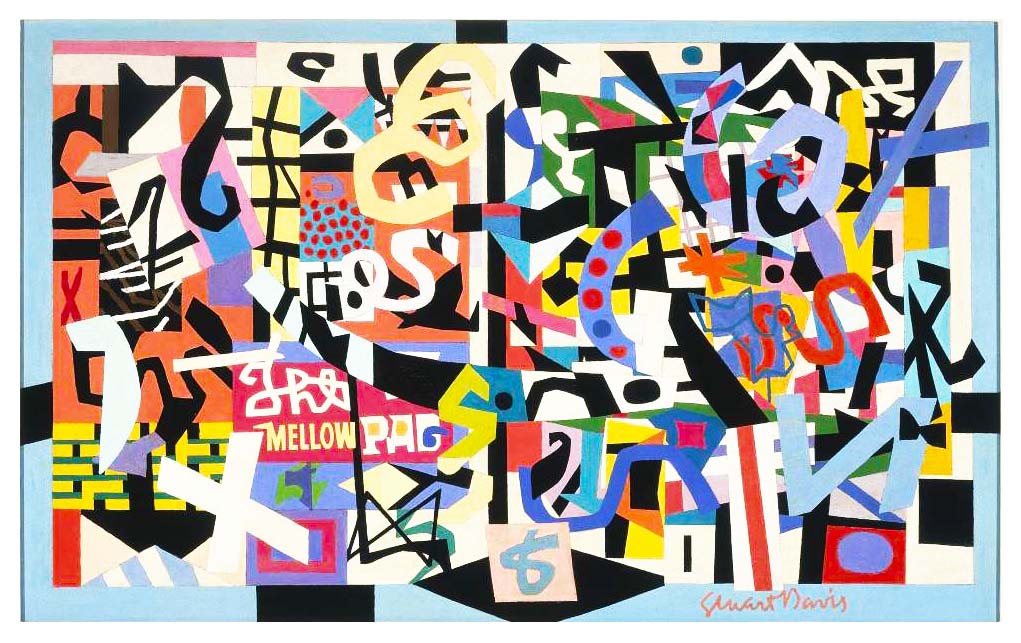 Stuart Davis: In Full Swing, at the de Young Museum in San Francisco, includes over 75 works created from the 1920s through 1964, the year of the artist’s death. Davis was born in 1892 in Philadelphia, Pennsylvania, where his mother was a sculptor and his father was a graphic artist and the art editor of the Philadelphia Press. Inspired by the artistic environment at home, he began formal art training at age 16 with Ashcan School leader Robert Henri in New York (1909-1912). Davis began working as a magazine illustrator, but turned to painting after experiencing the groundbreaking Armory Show of 1913. 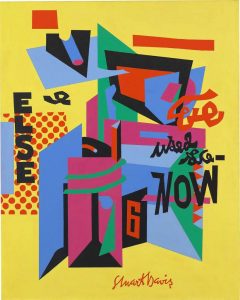 The exhibition introduced him to European modernist styles, which greatly influenced his subsequent work.  Around the same time, he became a passionate aficionado of jazz, which he found to be the musical counterpart to modernist abstract art. With bold colors and simple forms, he incorporated the techniques of Cubism, Expressionism, Surrealism and other avant-garde movements in his work, along with the syncopated, improvisational rhythms of jazz.  His inventive, energetic style bridged the Cubist innovations of Pablo Picasso, Fernand Leger and Henri Matisse and the Pop Art of the 1960s with its embrace of mass media and commercial advertising. 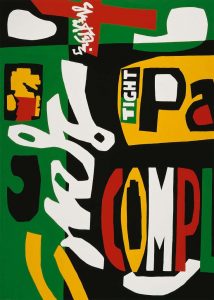 Art writer Charles Desmarais described the influence and importance of Stuart Davis in his recent article for the San Francisco Chronicle: “Between the Cubists of the early 20th Century and the Pop artists of the 1960s, there was Stuart Davis… It would not be fair to reduce the proudly independent Davis to a mere link between two of the most important movements of modern art. He was also…an art theorist, a proselytizer for the acceptance of abstraction and a social activist. He synthesized — naturalized — ideas born on foreign soil and made them proudly American.”

The exhibition covers 43 years of the artist’s work, from his early paintings of tobacco packages in the 1920s to the WPA murals of the 1930s and the distinctive work of his last two decades.  A hardcover, 288-page catalog of the Stuart Davis:  In Full Swing is available at the Museum.  Wonderful audio recordings describing the background of selected paintings in the show, including The Mellow Pad and Blips and Ifs, can be found online at the National Gallery of Art website.

The exhibition was co-organized by Harry Cooper, Curator and Head of Modern Art at the National Gallery of Art, Washington DC and Barbara Haskell, curator at the Whitney Museum of American Art in New York. 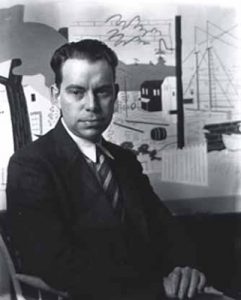