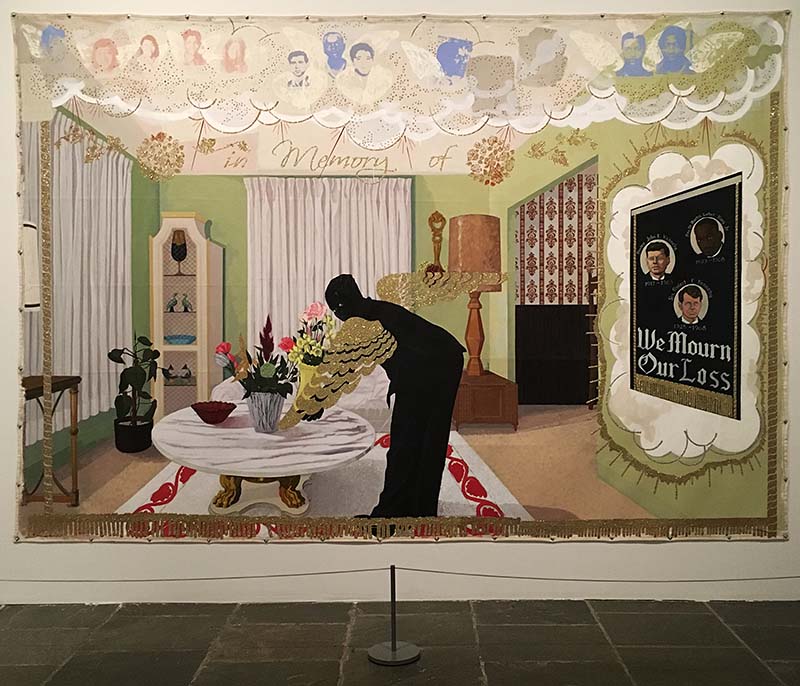 Mastry, a major survey of the work of Kerry James Marshall at the Met-Breuer in New York, includes 80 pieces that span the artist’s 35-year career. Marshall’s richly detailed, large-scale narrative paintings feature black figures in historical tableaus, landscapes, genre painting and portraiture.  His work counters stereotypical representations of black people in society and comments on the history of black identity both in the United States and in Western art. The exhibition is powerful and especially relevant in our times of deepening racial divisions. 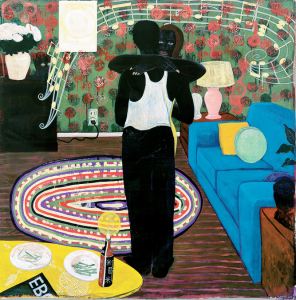 Marshall was born in 1955 in Birmingham, Alabama before the passage of the Civil Rights Act, and he was a witness to the Watts rebellion in 1965.  In his PBS Art21 special, Marshall said, “You can’t be born in Birmingham, Alabama, in 1955 and grow up in South Central [Los Angeles] near the Black Panthers headquarters, and not feel like you’ve got some kind of social responsibility. You can’t move to Watts in 1963 and not speak about it. That determined a lot of where my work was going to go…”  Marshall is a 1978 graduate of the Otis College of Art and Design and currently lives and works in Chicago. 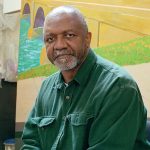 For a look at all of Marshall’s pieces in the exhibition, here are the Met’s exhibition thumbnails.  The exhibition also includes 40 works from the Met’s collection curated by Mashall that display the global and historical influences on his art.