The Agnes Martin exhibition at the Solomon R. Guggenheim Museum in New York is a comprehensive survey of the artist’s career from the 1950s through the early 2000s.  Previously shown at The Tate, London and LACMA, the exhibition includes an extraordinary collection of paintings, works on paper and ephemera. 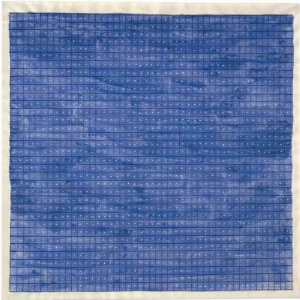 Untitled, 1965,by Agnes Martin
Watercolor, ink and gouache on paper.

For more than forty years, Agnes Martin (1912–2004) created subtle, evocative striped and grid-patterned paintings influenced by Asian belief systems including Taoism and Zen Buddhism. She was one of the few female artists who gained recognition in the male-dominated artworld of the 1950s and ’60s, and she lived and worked in New York. She moved to New Mexico in 1967 in search of solitude and silence, and continued to make her extraordinary paintings there for over three decades until her death in 2004.

Martin’s spare style was informed by her strong belief in the emotionally transformative power of art, and she said that appreciating her work fully requires quiet contemplation.  “Anyone who can sit on a stone in a field awhile can see my paintings,” Martin wrote. 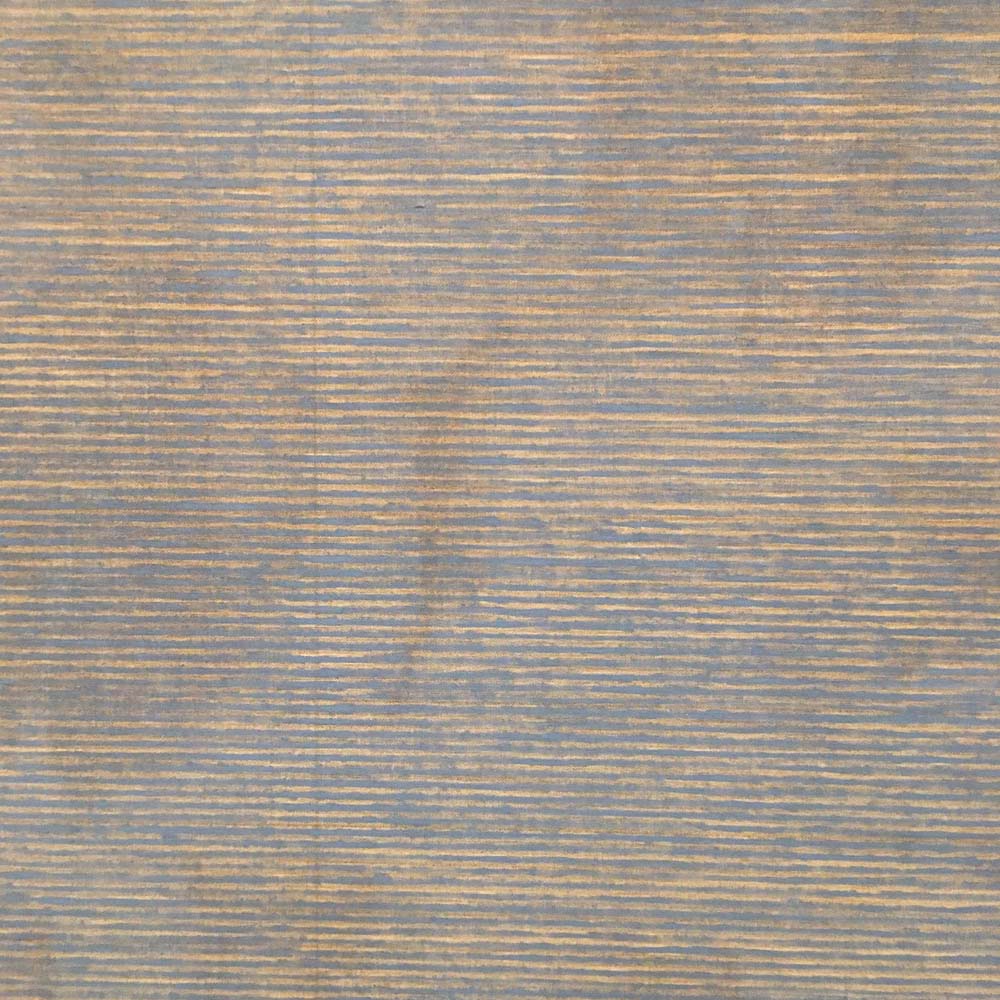 The utter beauty and ineffable sense of calm created by her work envelops the viewer who takes the time to sit and look. For me, the exhibition was a serene oasis and much needed respite from the political turmoil in the country today.  “I would like (my pictures) to represent beauty, innocence and happiness,” Martin said. “I would like them all to represent that. Exaltation.”  She succeeded. 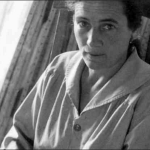 For more on Martin’s life and process, read Holland Carter’s excellent review in the New York Times:  The Joy of Reading Between Agnes Martin’s Lines. 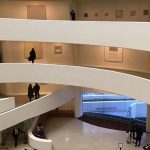 The Solomon R. Guggenheim Museum is located at 1071 Fifth Avenue (between 88th and 89th Streets), New York and is open from 10 to 5 daily. The Agnes Martin exhibition will be on view through January 11, 2017. Island People on Blue Mountain I, 2013 Chine collé with pochoir and silver leaf

Mildred Howard:  Collective Memories opens at the Fresno Art Museum on September 26 and will be on view through January 4, 2015.  Mildred Howard was  awarded the Distinguished Woman Artist Award for 2014 by the Museum’s California’s Council of 100, an organization devoted to recognizing outstanding women in the arts.  The artist will give a free public lecture about her work 11 am – noon on October 4, and that afternoon will attend the Distinguished Woman Artist Award Ceremony and Luncheon.

The exhibition, curated by Dr. Lizzetta LeFalle-Collins, includes thirty-five of Howard’s mixed media works which explore African American folk customs and traditions of the American South.  “Howard’s works are a constant interchange between formalism and content as she becomes more committed to the process of retrieval—selecting and working with repurposed materials to capture and peel back the layers that form her ideas and inform the embedded stories that she pushes forward, conscious of the layering of time and how time brings historical perspective to life.” ~ Fresno Art Museum

Mildred Howard is a Berkeley-based artist, activist and teacher who is known for her sculptural installations and mixed media assemblages. She has been the recipient of numerous awards, including an NEA Fellowship in sculpture, two Rockefeller Fellowships to Bellagio, Italy (1996 and 2007), the Adeline Kent Award from the San Francisco Art Institute, the Joan Mitchell Foundation CALL Program Artist award and a  California Arts Council Fellowship. Her work has been exhibited internationally including recent shows in Berlin, Cairo, and Bath, England.  She is represented by the Paule Anglim Gallery in San Francisco.

A Brief History Of John Baldessari is  a very entertaining 2012 documentary commissioned by the Los Angeles County Museum of Art for a gala honoring the artist. Described by its filmmakers as “the epic life of a world-class artist, jammed into six minutes,”  the video presents a fast-paced collection of off-beat facts narrated by Tom Waits, with deadpan commentary by Baldessari.  Born in 1931, Baldessari is one of the country’s most legendary and influential conceptual artists. A pioneer of conceptual art practice, his career spans five decades and embraces painting, photography, film, video, books, prints, objects and installation. He taught at CalArts from 1970 – 1988 and at UCLA from 1996 – 2007. His artwork has been featured in more than 200 solo exhibitions and in over 1000 group exhibitions in the U.S. and Europe. Baldessari currently lives in Santa Monica, California and works in Venice, California. Eric Fischl
Self Portrait: An Unfinished Work, 2011
Oil on linen

Eric Fischl’s Bad Boy:  My Life On and Off the Canvas is a must read.  The book is compelling and beautifully written — you won’t be able to put it down.  It chronicles Fischl’s formative youth, his early days at Cal Arts, his marriage to April Gornik, the frenetic New York art scene in the 1970s and 1980s and his representation by Mary Boone.  Adam Gopnik said “A brave and beautiful book about the difficulties of practicing as a painter in America, and a reminder of how essential the courage of the pursuit of a personal vision is to art.”  I agree. Sotheby’s shared their 14 Memorable Moments from 2014.  One highlight is Gerhard Richter’s monumental abstract canvas Wand (Wall), which sold for over $28M, the third highest price achieved for any painting by the artist.  Sotheby’s auction sales for the first half of 2014 stand at $3.12 billion, the highest in the company’s history.  Sales of Impressionist and Modern Art have grown by 21% as compared to the same period in 2013  (more at Art Market Monitor). (See segment video on 60 Minutes.) This makes our work as art collection managers and appraisers more difficult.  Appraisers do not authenticate, and our pool of experts is diminishing as more and more skillful forgers come to light.   Fearing lawsuits, many expert authenticators have stopped working.

Yesterday President Obama awarded James Turrell the National Medal of Arts, which goes “to individuals or groups who are deserving of special recognition by reason of their outstanding contributions to the excellence, growth, support, and availability of the arts in the United States.”  (from ARTnews) Watermark, a recent documentary film by industrial landscape photographer Edward Burtynsky (Canadian, b. 1955) about how water shapes us, and how we shape water, is an astonishing and powerful work of art.   Don’t miss it…and if you can find it,  rent Manufactured Landscapes, a 2006 film about Burtynsky’s work.  Both films are visually arresting and magnificent portrayals of man’s impact on the environment, or as Burtynsky says “nature transformed through industry.”